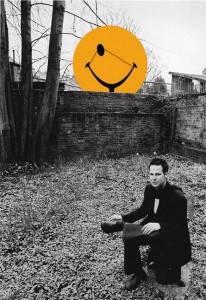 Including works commissioned by such prestigious publications as The Economist, Esquire, Wallpaper, The Guardian and Time Out London, as well as never before seen illustrations, in Negative Space. Noma Bar focuses on subject matter ranging from sex, global warming and nuclear warfare to religion, crime and corporate greed. With Negative Space, markbattypublisher.com Noma Bar solidifies his reputation as an artist able to convert complex topics into clean, provocative and revealing lines that viewers take in with ease, though they are not easily forgotten.

Noma Bar is an artist/illustrator who was born in Israel 1973. He is based in London since 2001 and works as an illustrator with various publication around the world. He tackles political and cultural issues on his work and the results are astounding.

He finds the message at the heart of the article and translates it into something that is not only visually satisfying, but also invites the reader to participate in solving a kind of puzzle” they say… I had a chance to interview him for Turkish Journal…

First of all, “What’s the strongest memory that comes to your mind of growing up in Israel?” I asked…
“Green memories, I was born in the Galille, in a small town surrounded by greenfields” he said.

I would like to know how this adventure started…
“Graduated from Jerusalem academy for Art &Design and came to London, I sent a few postcards with my works to a few magazines, time out London were the first who called me and asked me to do a full page portrait of Shakespeare, On the same day I was about to go on holiday. I didn’t know if to take the job or not, thinking straight away of the most important question in the world “to be or not be?…” and I decided “to be” and to take the job. Shakespeare facial features were created from a big question mark…” he said.

What are the advantages and disadvantages that you have experienced as an Israeli illustrator?

I don’t think that the fact that I’m Israeli makes any difference. As far as I know, feel, experienced no one really cares where you are coming from, I’m busy working with a great clients who commission my work because they love it. 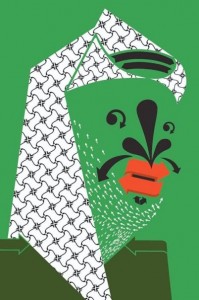 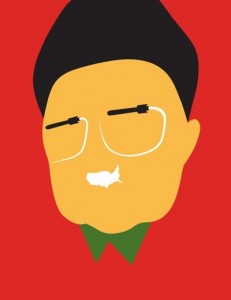 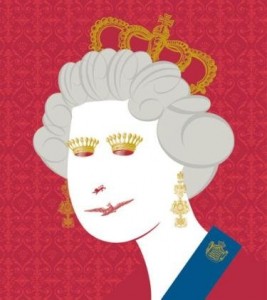 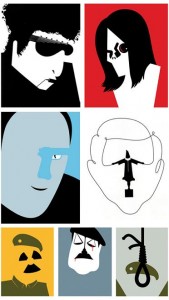 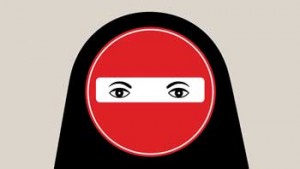 I believe that some illustrators, draw from their own tradition. Do you see traditional elements in your work?

I don’t see a clear visual influence, but if will scratch the surface you can find elements of Jewish humor, witty, bitter sweet, outsider who absorbs society and the notion of concept behind everything.

What’s the best piece of advice you will give to young illustrators?

Define who/what you are and be true to yourself. It’s a long process that every creative person needs to go through, finding your own tone of voice.

What is a good piece of graphic design?

A work that makes you think, I’m a big believer in “Design is a good idea.”

What is your typical working method?

I live opposite to a wood in north London, so I’m spending about 6 hours a day by walking and thinking there, then when my sketchbook is full of ideas I’m moving to work on the computer for the execution.

Has there ever been a personality that you had to give up on, that you couldn’t draw?

Britney Spears was hard to get. Beautiful woman with a balanced face are the hardest to do.

Have you ever been in Turkey?

Yes I had a great holiday in Antalya…

Have you ever thought to sketch one Turkish character or important person? I’m really curious, how could you draw Ataturk?

I would love to do Ataturk, if any client will commission it, and sorry that I can not tell you what I would do with Ataturk, as I’ll need to read, learn about him just before I start, it is a long process, many times I can see the solution straight away, but it happens with characters that are more familiar to me.

How do you want to be remembered?

As the guy who did much more with less, more or less.

What is your goal?

To encourage people to use their imagination. and to think, especially in our time that everything is immediat and super-realistic for the viewer, reader.

One of my big projects that I’m doing with the V&A, solo exhibition next year and more.